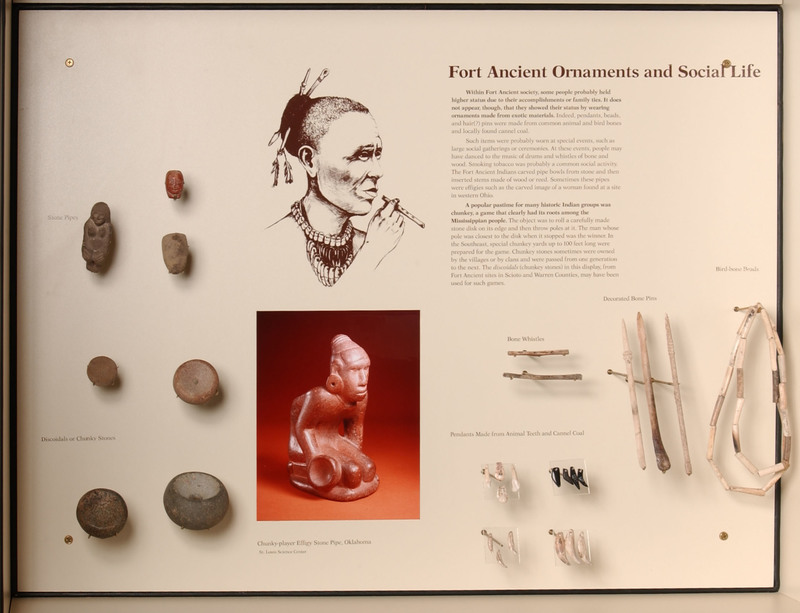 A popular pastime for many historic Indian groups was chunkey, a game that clearly had its roots among the Mississippian people. The object was to roll a carefully made stone disk on its edge and then throw poles at it. The man whose pole was closest to the disk when it stopped was the winner. In the Southeast, special chunkey yards up to 100 feet long were prepared for the game.

Chunkey stones sometimes were owned by the villages or by clans and were passed from one generation to the next. The discoidals (chunkey stones) in this display, from Fort Ancient sites in Scioto and Warren Counties, may have been used for such games.