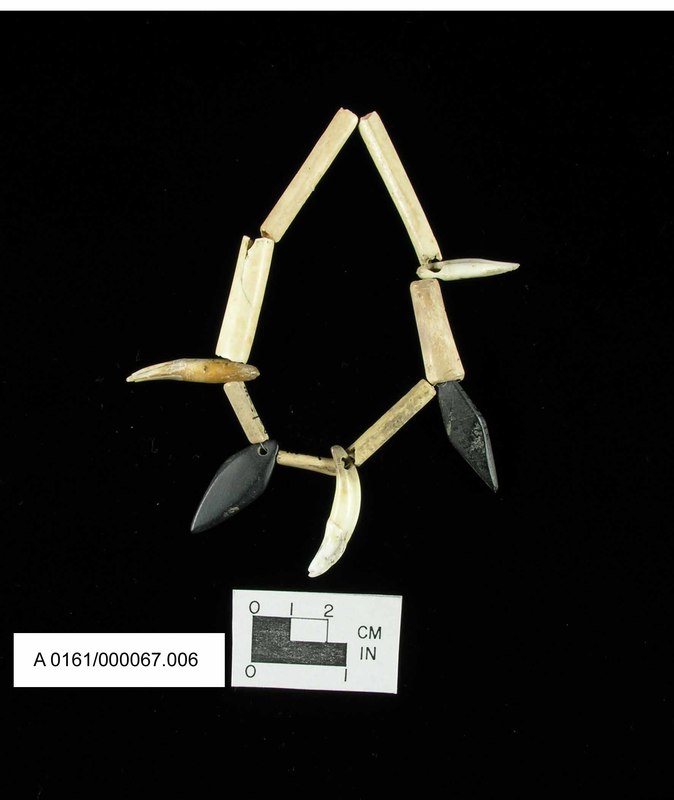 Within Fort Ancient society, some people probably held higher status due to their accomplishments or family ties. It does not appear, though, that they showed their status by wearing ornaments made from exotic materials. Indeed, pendants, beads, and hair pins were made from common animal and bird bones and locally found cannel coal.

Such items were probably worn at special events, such as large social gatherings or ceremonies. At these events, people may have danced to the music of drums and whistles of bone and wood. Smoking tobacco was probably a common social activity.