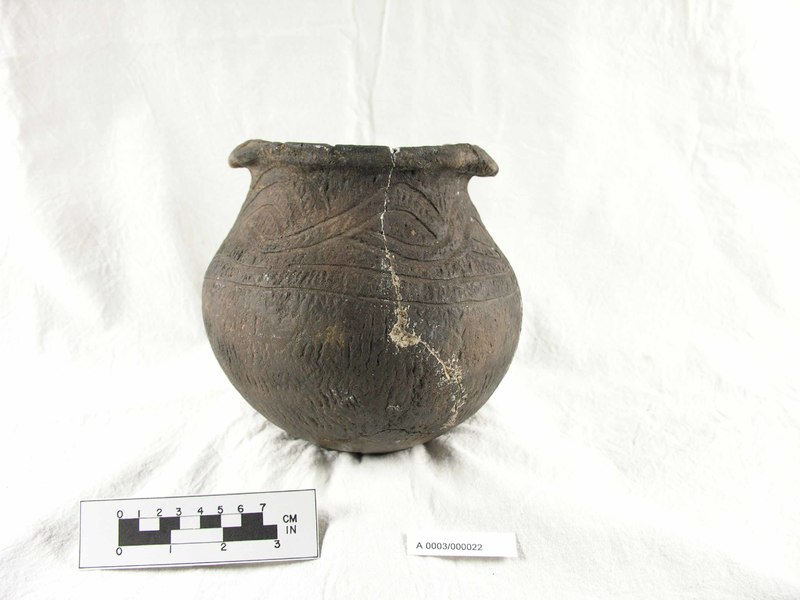 Beginning about A.D. 900 the earliest Fort Ancient pottery, Baum Cord-marked, had its roots in Late Woodland ceramics. Many of these pots were tempered with crushed stone. Fort Ancient potters added a design of interlocking lines called a guillouche (gee-YOSH). They also introduced crushed clamshell tempering to make the walls of the pot strong yet thin.

Feurt-Incised pottery, from a slightly later time, is decorated with incised oblique lines. The fragments of white shell temper are clearly visible on the surface. Anderson pottery is typical of Fort Ancient culture in the Miami River system from about A.D. 1100 to 1400. Madisonville pottery is one of the latest types made by the Fort Ancient culture from A.D. 1200 to nearly 1500.