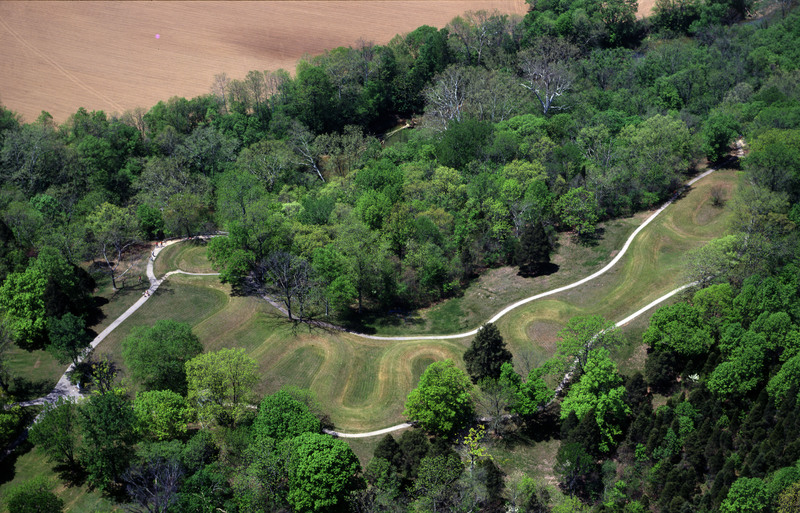 Serpent Mound, in Adams County, Ohio, is a unique site. The winding earthwork, nearly a quarter of a mile long, was apparently built only as an effigy, since it does not cover any burials or remains of structures. The effigy and its surroundings were investigated between 1886 and 1889 by Fredric Ward Putnam, of the Peabody Museum at Harvard University. Putnam was probably the most prominent American archaeologist of his time. Objects that Putnam unearthed in nearby burial mounds identify most of those structures as Adena, although one included arrowheads and knives typical of the Fort Ancient culture of the Late Prehistoric period. Putnam also found Fort Ancient objects in a small village site located near the effigy.

Putnam feared that Serpent Mound would gradually be destroyed by farming and erosion, so he raised funds in Boston to purchase the site in the name of Harvard University. That act, in 1886, was one of the first efforts to preserve an archaeological site as a public park. In 1900, the property was turned over to the Ohio Historical Society, which continues to maintain this site.