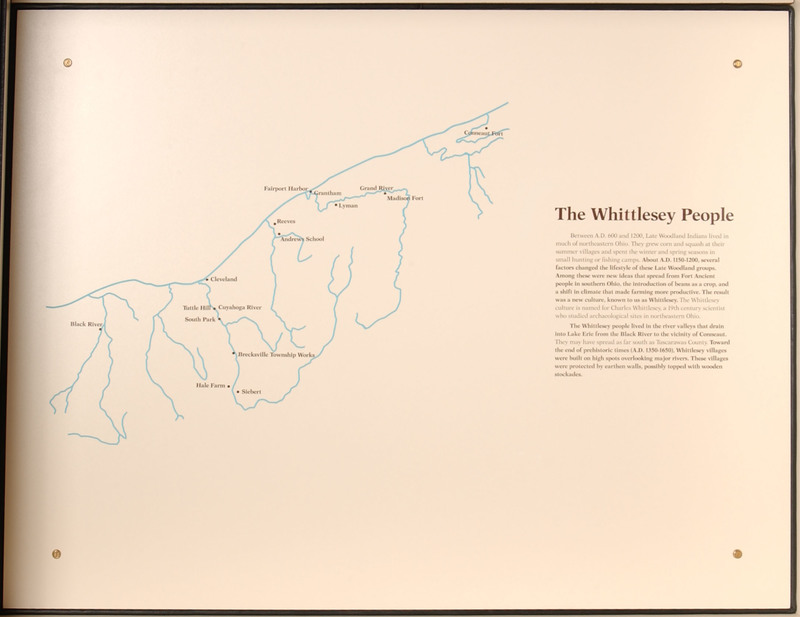 Between A.D. 600 and 1200, Late Woodland cultures lived in much of northeastern Ohio. They grew corn and squash at their summer villages and spent the winter and spring seasons in small hunting or fishing camps.

About A.D. 1150-1200, several factors changed the lifestyle of these Late Woodland groups. Among these were new ideas that spread from Fort Ancient people in southern Ohio, the introduction of beans as a crop, and a shift in climate that made farming more productive. The result was a new culture, known to us as Whittlesey. The Whittlesey culture is named for Charles Whittlesey, a 19th century scientist who studied archaeological sites in northeastern Ohio.