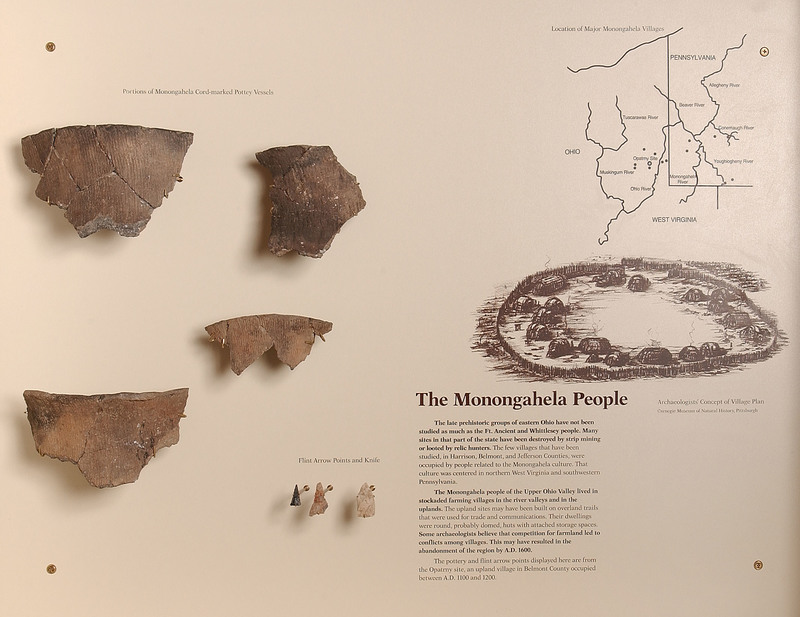 The Monongahela culture of the Upper Ohio Valley lived in stockaded farming villages in the river valleys and in the uplands. The upland sites may have been built on overland trails that were used for trade and communications. Their dwellings were round, probably domed, huts with attached storage spaces. Some archaeologists believe that competition for farmland led to conflicts among villages. This may have resulted in the abandonment of the region by A.D. 1600.

The pottery and flint arrow points displayed here are from the Opatrny site, an upland village in Belmont County occupied between A.D. 1100 and 1200.