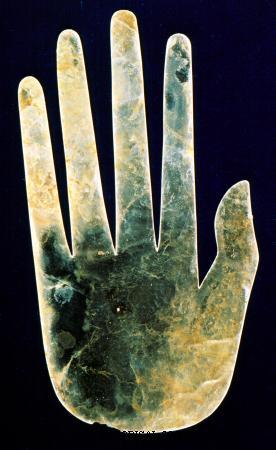 Objects placed in burials may also reflect high social status because many were made from materials imported from beyond the Ohio Valley. Clearly the trade networks set up by the Archaic cultures were maintained and even expanded. The quality of many of these objects shows that Woodland artisans were highly skilled.

Most mounds were built for burial purposes, but they also served as sites for other events. The Woodland people may have gathered at their earthworks to trade goods and ideas, meet distant relatives, distribute food, or take part in other group functions. Only large work crews could have built some of the vast earthworks found in Ohio. This suggests that some group leaders had a great deal of power to organize and complete such projects.