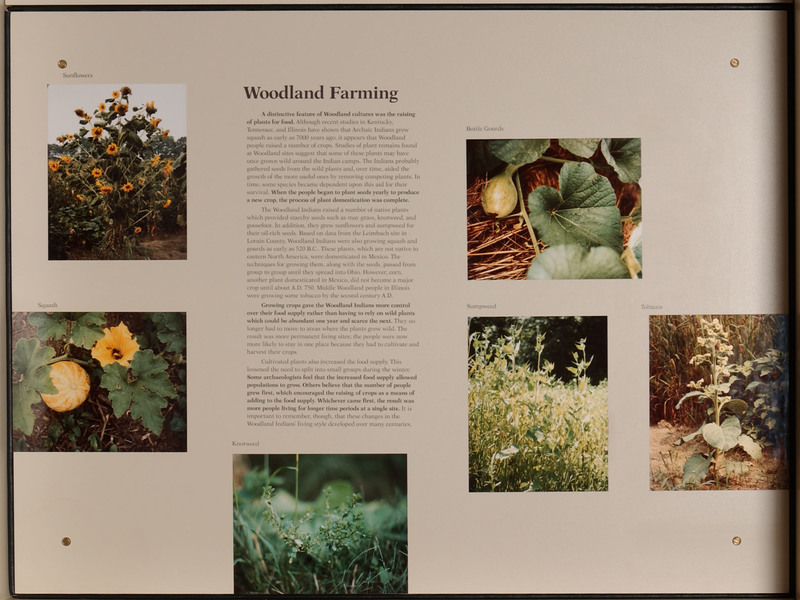 A distinctive feature of Woodland cultures was the raising of plants for food. Although recent studies in Kentucky, Tennessee, and Illinois have shown that Archaic Indians grew squash as early as 7,000 years ago, it appears that Woodland people raised a number of crops. Studies of plant remains found at Woodland sites suggest that some of these plants may have once grown wild around the camps.

The native peoples probably gathered seeds from the wild plants and, over time, aided the growth of the more useful ones by removing competing plants. In time, some species became dependent upon this aid for their survival. When the people began to plant seeds yearly to produce a new crop, the process of plant domestication was complete.