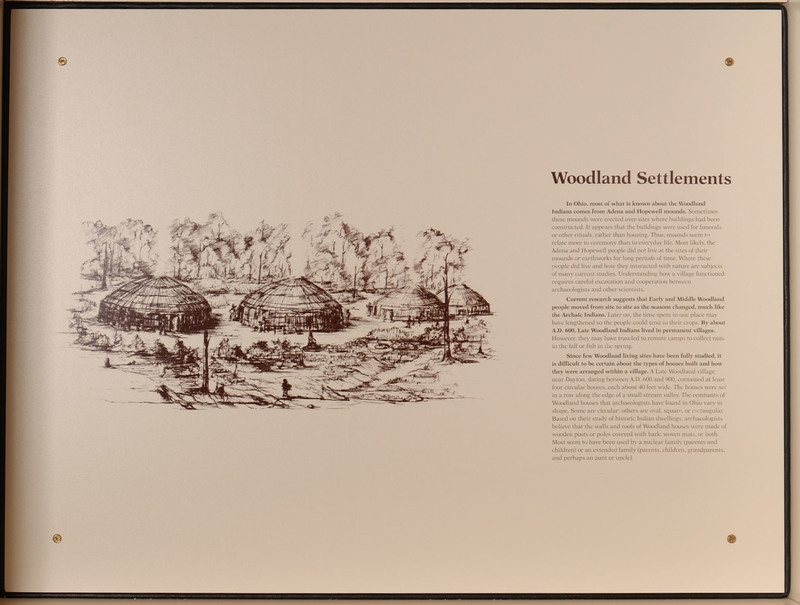 In Ohio, most of what is known about the Woodland Indians comes from Adena and Hopewell mounds. Sometimes these mounds were erected over sites where buildings had been constructed. It appears that the buildings were used for funerals or other rituals, rather than housing. Thus, mounds seem to relate more to ceremony than to everyday life.

Most likely, the Adena and Hopewell people did not live at the sites of their mounds or earthworks for long periods of time. Where these people did live and how they interacted with nature are subjects of many current studies. Understanding how a village functioned requires careful excavation and cooperation between archaeologists and other scientists.