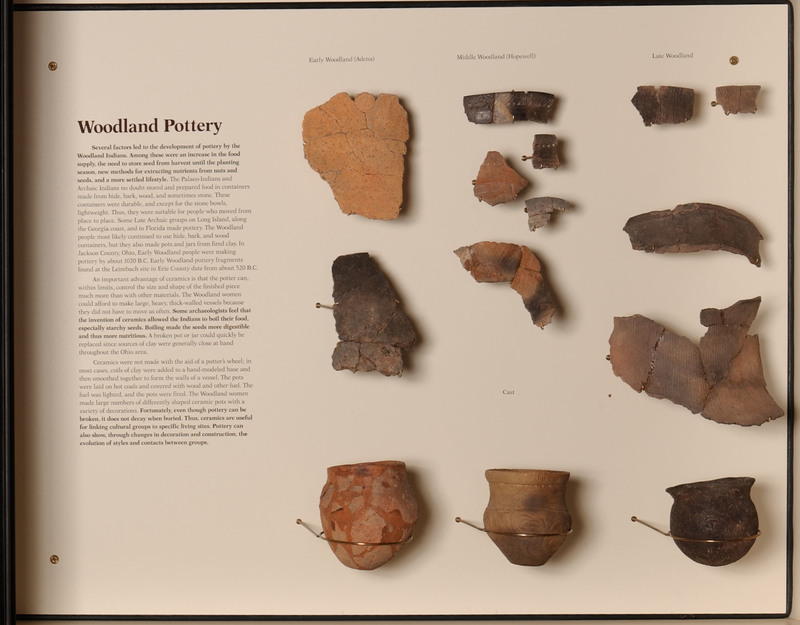 Several factors led to the development of pottery by the Woodland cultures. Among these were an increase in the food supply, the need to store seed from harvest until the planting season, new methods for extracting nutrients from nuts and seeds, and a more settled lifestyle. The Paleoindian and Archaic cultures no doubt stored and prepared food in containers made from hide, bark, wood, and sometimes stone. These containers were durable, and except for the stone bowls, lightweight. Thus, they were suitable for people who moved from place to place.

Some Late Archaic groups on Long Island, along the Georgia coast, and in Florida made pottery. The Woodland people most likely continued to use hide, bark, and wood containers, but they also made pots and jars from fired clay. In Jackson County, Ohio, Early Woodland people were making pottery by about 1020 B.C. Early Woodland pottery fragments found at the Leimbach site in Erie County date from about 520 B.C.