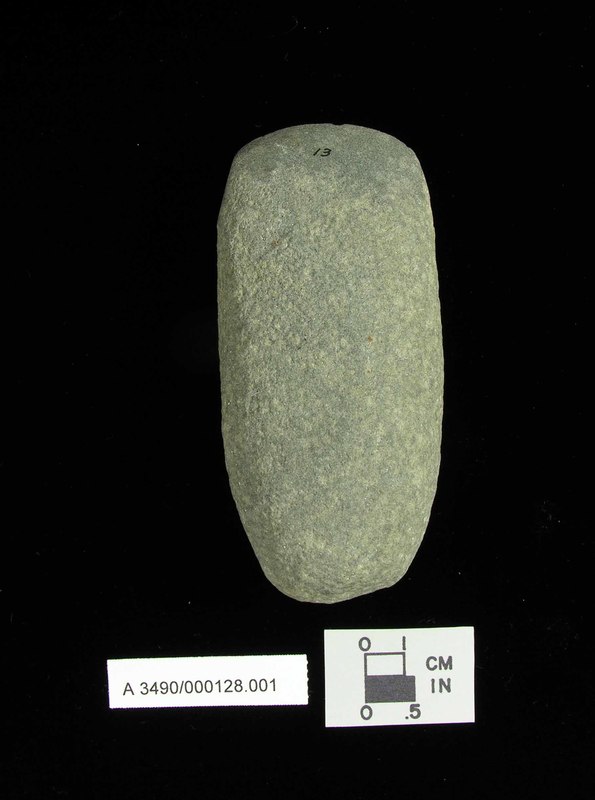 Some Adena celts are made from hematite, a form of iron ore found in the Great Lakes region. These celts were made in the same manner and shape as their stone counterparts, but they are often smaller and do not show signs of wear. The Adena people also formed hematite into cone-shaped objects. In addition, they rubbed pieces of the ore on rough-surfaced sandstone to make red ocher powder to paint their bodies or to sprinkle on corpses. Clearly, this mineral had special meaning for the Adena culture, but why their toolmakers sometimes formed it into celts is unclear.