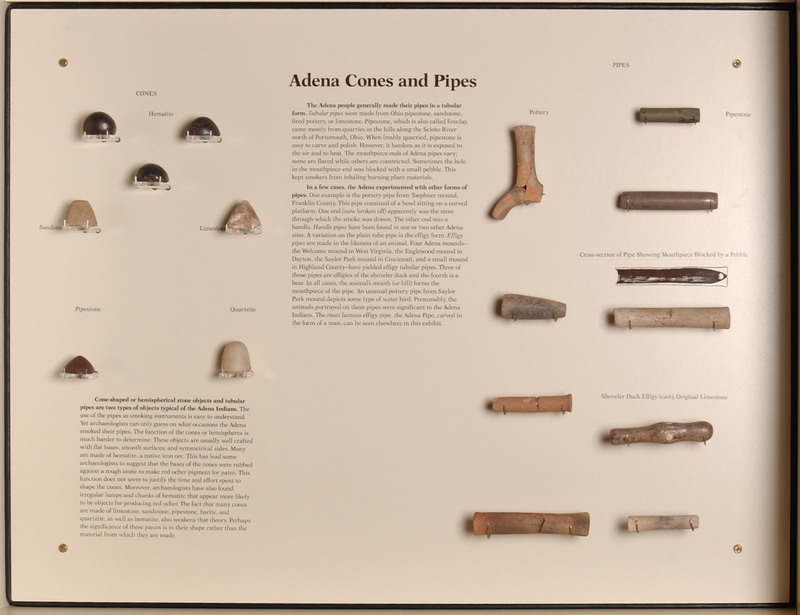 Cone-shaped or hemispherical stone objects and tubular pipes are two types of objects typical of the Adena culture. The use of the pipes as smoking instruments is easy to understand. Yet archaeologists can only guess on what occasions the Adena smoked their pipes.

The function of the cones or hemispheres is much harder to determine. These objects are usually well crafted with flat bases, smooth surfaces, and symmetrical sides. Many are made of hematite, a native iron ore. This has lead some archaeologists to suggest that the bases of the cones were rubbed against a rough stone to make red ocher pigment for paint. This function does not seem to justify the time and effort spent to shape the cones.

Moreover, archaeologists have also found irregular lumps and chunks of hematite that appear more likely to be objects for producing red ocher. The fact that many cones are made of limestone, sandstone, pipestone, barite, and quartzite, as well as hematite, also weakens that theory. Perhaps the significance of these pieces is in their shape rather than the material from which they are made.