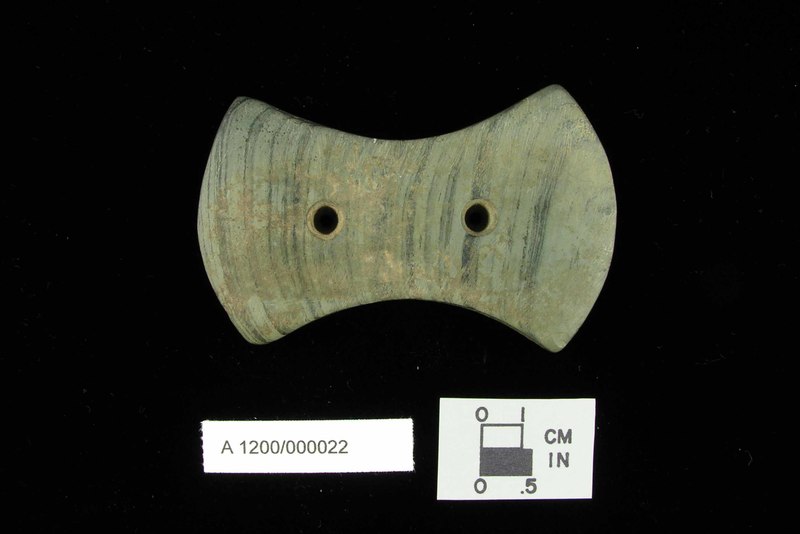 The Adena culture made many ornaments from stone. The stone most often used was banded slate which they probably found in glacial deposits. Archaeologists have classified some stone ornaments as pendants, drilled with one hole, or gorgets, having two or more holes. They believe that fiber cord or thin strips of leather were threaded through the holes so the ornaments could be worn around the neck. The un-drilled expanded center gorgets may have been tied as weights to atlatls.

The names of specific types of stone ornaments usually refer to the shapes of the objects. For example, quadraconcave gorgets have four (quadra) incurving (concave) sides. The careful shaping and smoothing of these objects and the pleasing patterns formed by the natural color bands in the stone suggest that they were made by skilled artisans. Quite likely, the objects were highly prized by their owners.