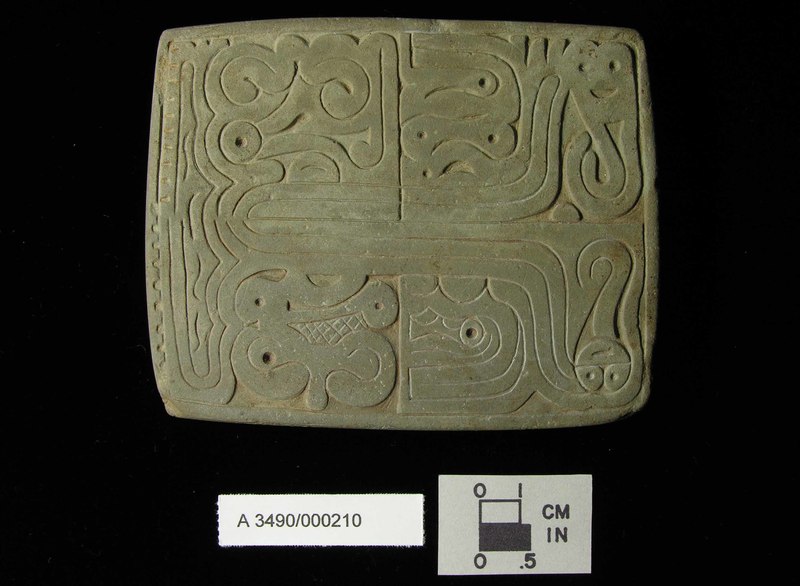 There is no direct proof that the Adena people of the Ohio Valley painted or tattooed their skin. Yet, the engraved stone tablets that they made strongly suggest that they did. Red ocher powder and pieces of rubbed hematite found at Adena sites were likely the raw materials for red paint.

Another apparent form of adornment for the Adena was intentional skull deformation. This was achieved by binding babies to cradleboards. In time, the hard surface of the board flattened the soft bones at the rear of the skull. Sometimes the brows were furrowed by the bindings. No doubt unpleasant, the process was not severe enough to cause brain damage. In the southeastern United States, historic Indians believed that flattening the skull improved eyesight, making men better hunters. They also felt that it improved their looks. In many ways, this practice is similar to some modern cosmetic surgery.