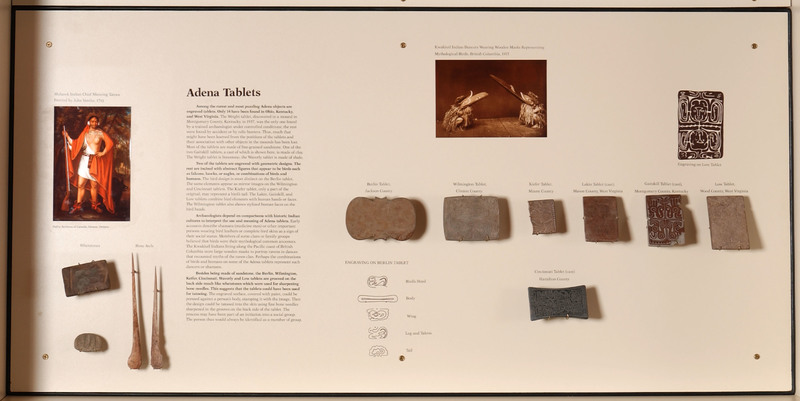 Among the rarest and most puzzling Adena objects are engraved tablets. Only 13 have been found in Ohio, Kentucky, and West Virginia. The Wright tablet, discovered in a mound in Montgomery County, Kentucky, in 1937, was the only one found by a trained archaeologist under controlled conditions; the rest were found by accident or by relic hunters. Thus, much that might have been learned from the positions of the tablets and their association with other objects in the mounds has been lost. Most of the tablets are made of fine-grained sandstone. One of the two Gaitskill tablets, a cast of which is shown here, is made from clay. The Wright tablet is limestone.