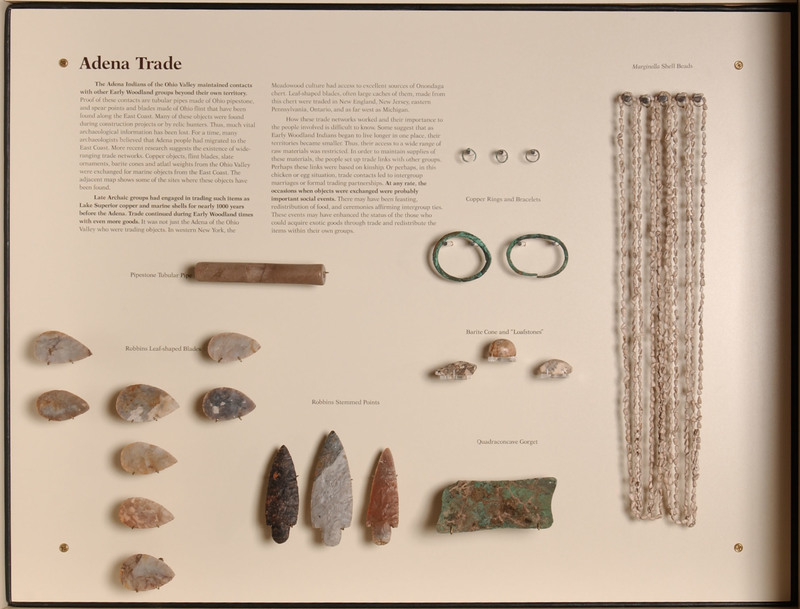 The Adena culture of the Ohio Valley maintained contacts with other Early Woodland groups beyond their own territory. Proofs of these contacts are tubular pipes made of Ohio pipestone, and spear points and blades made of Ohio flint that have been found along the East Coast. Many of these objects were found during construction projects or by relica-hunters who paid no attention to their context.

Thus, much vital archaeological information has been lost. For a time, many archaeologists believed that Adena people had migrated to the East Coast. More recent research suggests the existence of wide-ranging trade networks. Copper objects, flint blades, slate ornaments, barite cones and atlatl weights from the Ohio Valley were exchanged for marine objects from the East Coast. The adjacent map shows some of the sites where these objects have been found.