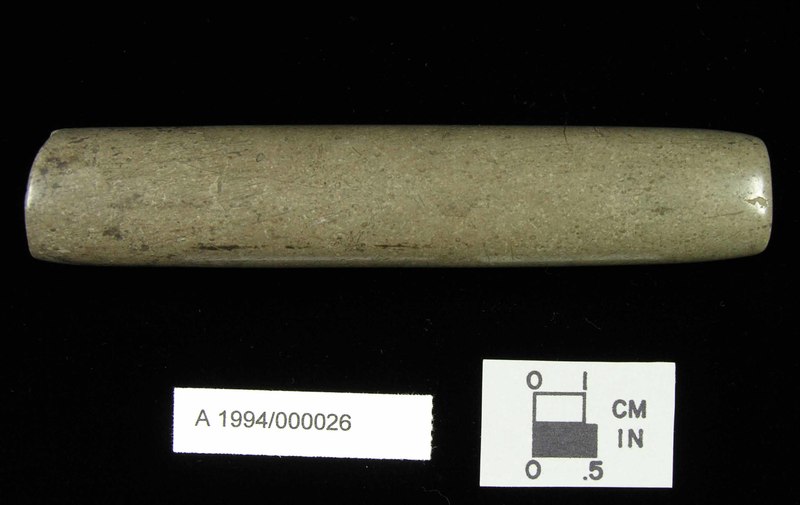 The Adena people generally made their pipes in a tubular form. Tubular pipes were made from Ohio pipestone, sandstone, fired pottery, orÂ¬ limestone. Pipestone, which is also called fireclay, came mostly from quarries in the hills along the Scioto River north of Portsmouth, Ohio. When freshly quarried, pipestone is easy to carve and polish. However, it hardens as it is exposed to the air and to heat.

The mouthpiece ends of Adena pipes vary; some are flared while others are constricted. Sometimes the hole in the mouthpiece end was blocked with a small pebble. This kept smokers from inhaling burning plant materials.