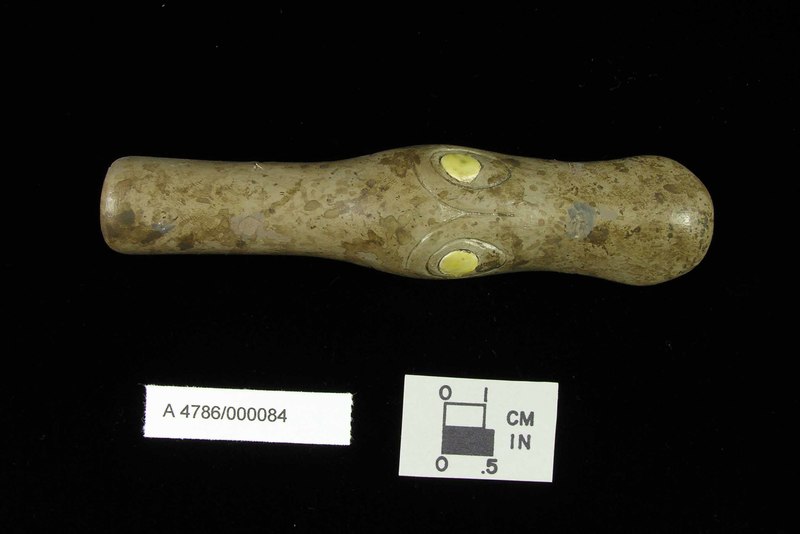 A variation on the plain tube pipe is the effigy form. Effigy pipes are made in the likeness of an animal. Four Adena mounds -- the Welcome mound in West Virginia, the Englewood mound in Dayton, the Saylor Park mound in Cincinnati, and a small mound in Highland County -- have yielded effigy tubular pipes. Three of those pipes are effigies of the shoveler duck and the fourth is a bear. In all cases, the animal's mouth (or bill) forms the mouthpiece of the pipe.

An unusual pottery pipe from Saylor Park mound depicts some type of water bird. Presumably, the animals portrayed on these pipes were significant to the Adena culture. The most famous effigy pipe, the Adena Pipe carved in the form of a man, can be seen elsewhere in this exhibit.