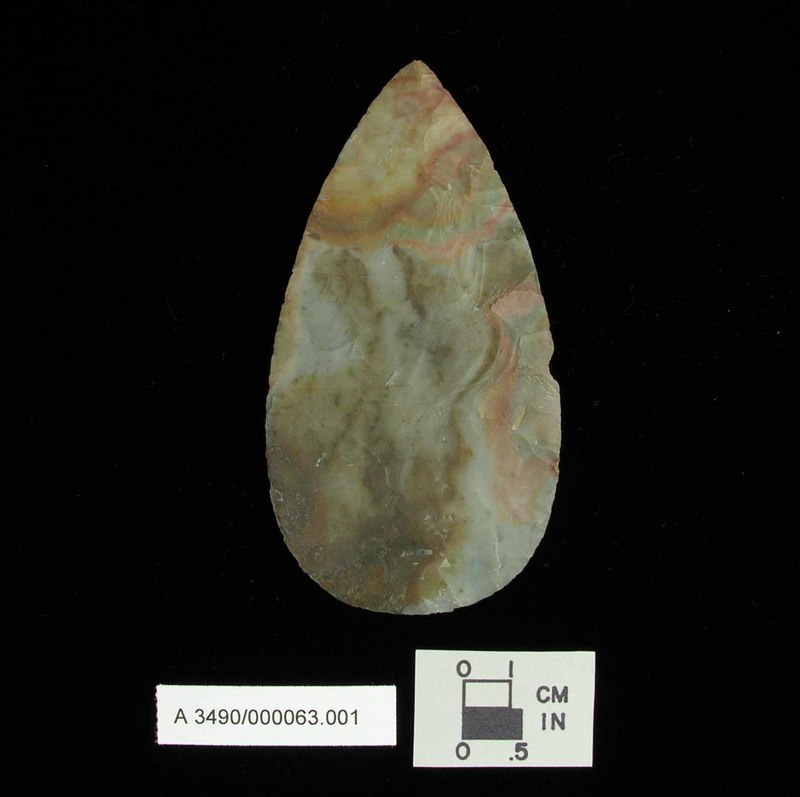 The Adena culture made two types of leaf-shaped knife blades. One style, which is narrow and thick, is called Adena; most Adena-type spear points probably were made from this blade form. Later Adena people also chipped wide, thin blades, called Robbins, from high-quality flint. As the name implies, some Robbins blades likely were made into Robbins points.

Large numbers of leaf-shaped blades have been found in caches buried in Adena mounds and in areas away from any other Adena site. The caches found in mounds may have been the property of someone buried there. The other caches may have been trading stock buried to remove the blades from circulation and increase their "value". One cache of 356 leaf-shaped blades found in a Portage County, Ohio, bog had been carefully arranged in a bark container and then buried, perhaps as part of a ritual.