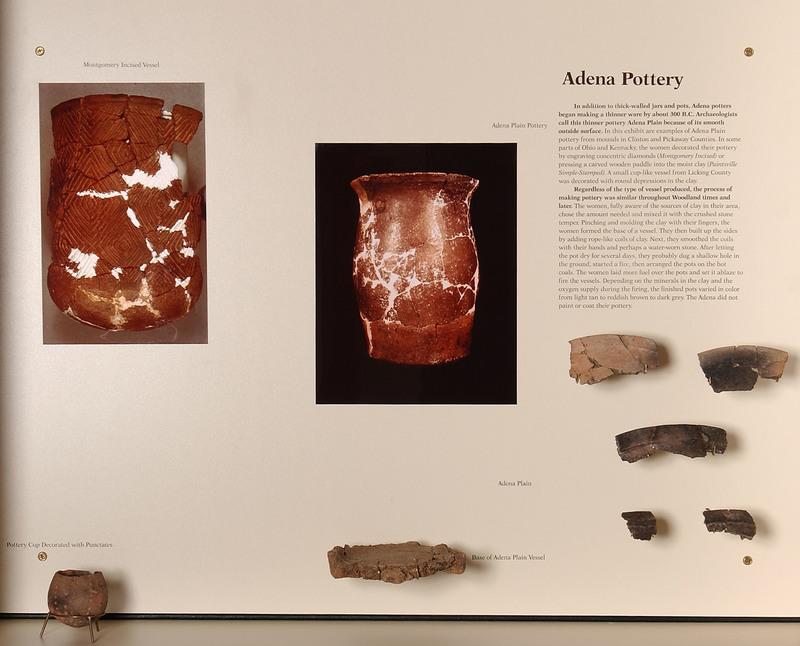 Regardless of the type of vessel produced, the process of making pottery was similar throughout Woodland times and later. The women, fully aware of the sources of clay in their area, chose the amount needed and mixed it with the crushed stone temper. Pinching and molding the clay with their fingers, the women formed the base of a vessel. They then built up the sides by adding rope-like coils of clay.

Next, they smoothed the coils with their hands and perhaps a water-worn stone. After letting the pot dry for several days, they probably dug a shallow hole in the ground, started a fire, then arranged the pots on the hot coals. The women laid more fuel over the pots and set it ablaze to fire the vessels. Depending on the minerals in the clay and the oxygen supply during the firing, the finished pots varied in color from light tan to reddish brown to dark grey. The Adena did not paint or coat their pottery.