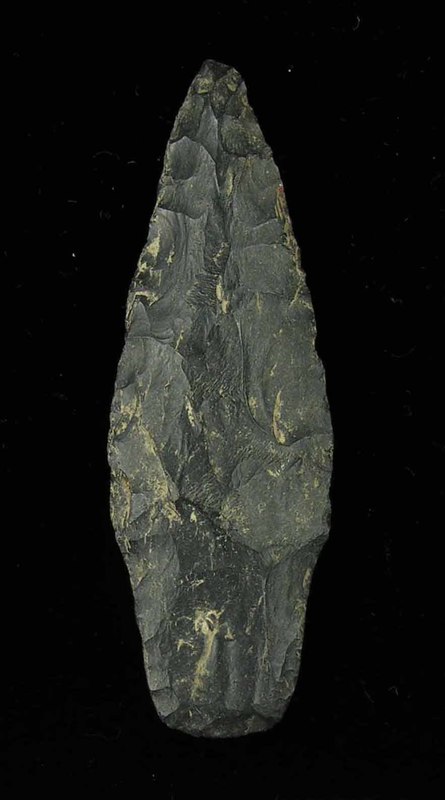 By studying tools from many Adena mounds, archaeologists have identified several forms that seem to reflect the preferences of the Adena people. Examples of these forms, found in various parts of the Cresap mound along the Ohio River in West Virginia, suggest that distinct styles were popular at different times. One style, called a Cresap point has a tapered stem and slight shoulders. It was popular during the early stages of the Adena culture, especially in the upper Ohio Valley. A common style throughout the entire Adena period was the Adena point, which is thick and has a stem with rounded edges. About 300-200 B.C., the Adena people developed the Robbins point, which is wide, thin, and has a straight stem. Since Robbins points were often made from colorful flint, they may have been used as trade items as well as tools.