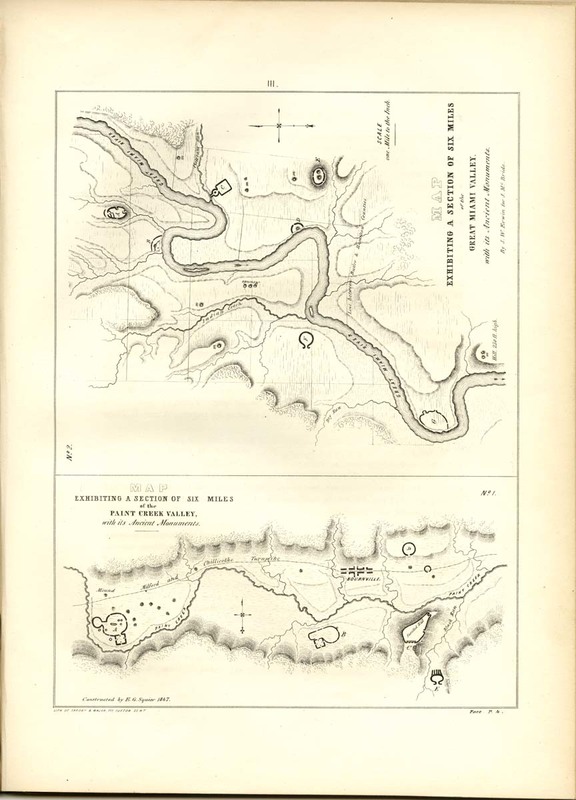 Archaeologists in the Midwest have termed the span of years from approximately 100 B.C. to AD 500 as the Middle Woodland. As the name suggests, the societies existing during this time continued many of the cultural practices of the Early Woodland groups. They lived in small communities and supplemented game and wild plant foods with cultivated crops which they cooked and stored in ceramic pots.

The group that archaeologists call Hopewell is probably the best-known Middle Woodland culture in Ohio. Their large-scale geometric earthworks and hill-top enclosures scattered throughout the major river valleys of southern Ohio and their artistic achievements have fascinated researchers and the general public for years.

The culture known to archaeologists as the Hopewell may be the most widely discussed but least understood ancient culture in Ohio, if not the entire eastern United States. Over the past 160 years, the Hopewell culture has been described as a non-Indian "super race" of Moundbuilders, as migrants from Mexico, and as a small group of dominant priests. Recent research reveals much variation in Hopewell artifacts and sites. This has caused some archaeologists to view Hopewell as a religious cult that spread among different groups. Finally, there is the idea that Hopewell was a trading system in which exotic raw materials and food supplies were exchanged among growing populations.

Regardless of the precise nature of the Hopewell culture, it existed in Ohio from about 100 B.C. to A.D. 500. The major Hopewell sites are geometric and hilltop enclosures along with burial mounds. For the most part, these sites are found in the river valleys of central and southern Ohio. Other groups in the Ohio Valley and eastern North America had contact with Ohio Hopewell, but they did not often build earthworks.