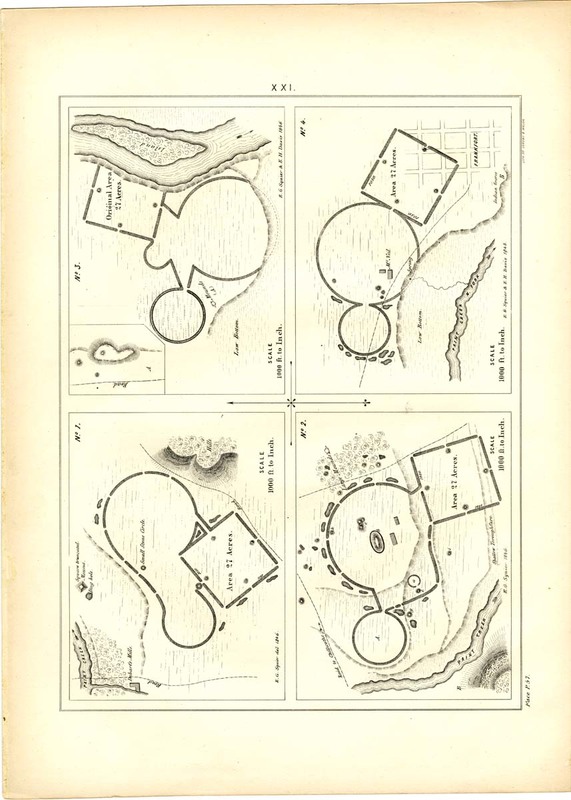 Building an earthworks complex required a great deal of planning and organizing by Hopewell leaders. In addition, much muscle power was needed to do the actual work. Some earthworks may have been built to face the rising of the sun or moon at certain times of the year. Even though the circles, squares, and octagons enclose large areas, they could have been laid out using simple tools. A complex such as Seip may have been designed all at one time. However, it was probably built over a period of years. Certain sites may have been the "property" of particular Hopewell clans or other kinship-based groups. Helping build the earth walls may have given the people a sense of unity and a feeling of belonging to a large group.