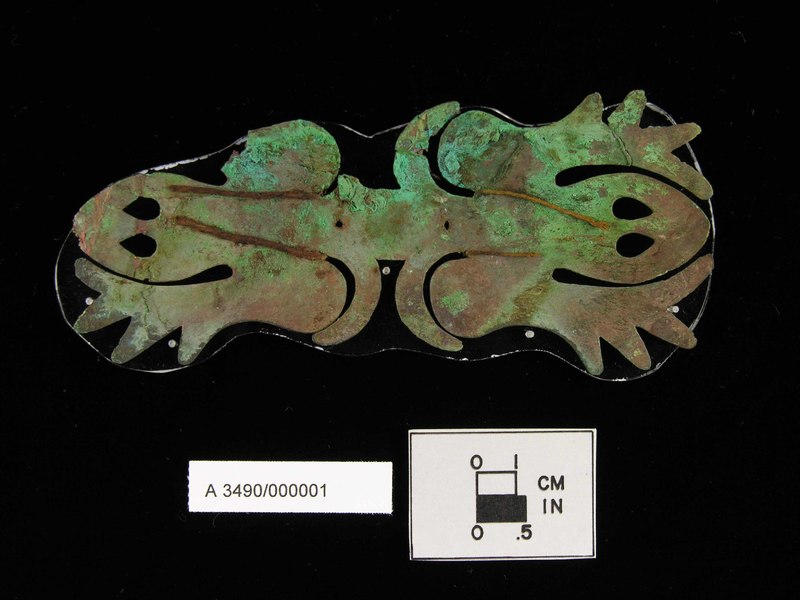 Hopewell craftspeople were highly skilled. They made decorated pottery, sculptured effigy pipes, and complex copper ornaments. Some of them may have been specialists. They spent most of their time perfecting their crafts, while other people provided for them. During recent excavations at the Seip Earthworks complex, archaeologists found sites that may have been craft workshops. Radiocarbon dates indicate that the buildings were in use between A.D. 200 and 300. Two of those workshops are shown as bark-covered structures in this model.

There is no direct evidence of copper working at Seip. Still, the number of copper objects found in the mounds suggests that it was an important activity. The craftsmen pounded the ore into flat plates, heating the metal now and then to keep it from becoming too brittle. Copper pounded over wooden forms could be made into headdresses. Rectangular plates could be cut and drilled with flint tools to make breastplates.