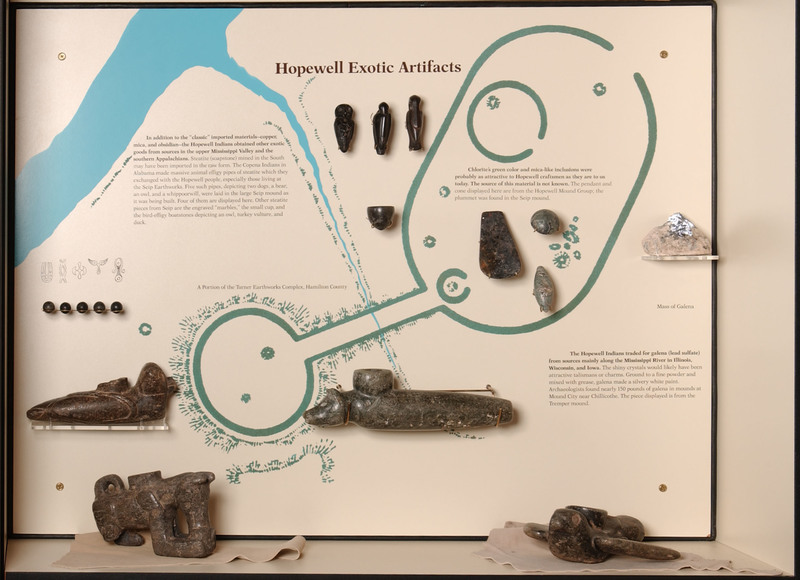 In addition to the "classic" imported materials -- copper, mica, and obsidian -- the Hopewell culture obtained other exotic goods from sources in the upper Mississippi Valley and the southern Appalachians. Steatite (soapstone) mined in the South may have been imported in the raw form.

The Copena culture in Alabama made massive animal effigy pipes of steatite, which they exchanged with the Hopewell culture, especially the groups living at the Seip Earthworks. Five such pipes, depicting two dogs, a bear, an owl, and a whippoorwill, were laid in the large Seip mound as it was being built. Four of them are displayed here. Other steatite pieces from Seip are the engraved "marbles," the small cup, and the bird-effigy boatstones depicting an owl, turkey vulture, and duck.