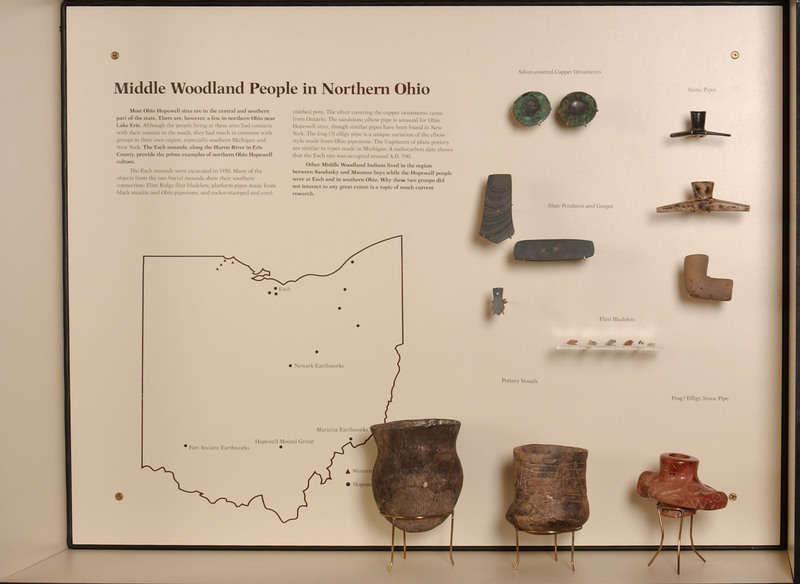 Most Ohio Hopewell sites are in the central and southern part of the state. There are, however, a few in northern Ohio near Lake Erie. Although the people living at these sites had contacts with their cousins to the south, they had much in common with groups in their own region, especially southern Michigan and New York. The Esch mounds, along the Huron River in Erie County, provide the prime examples of northern Ohio Hopewell culture.