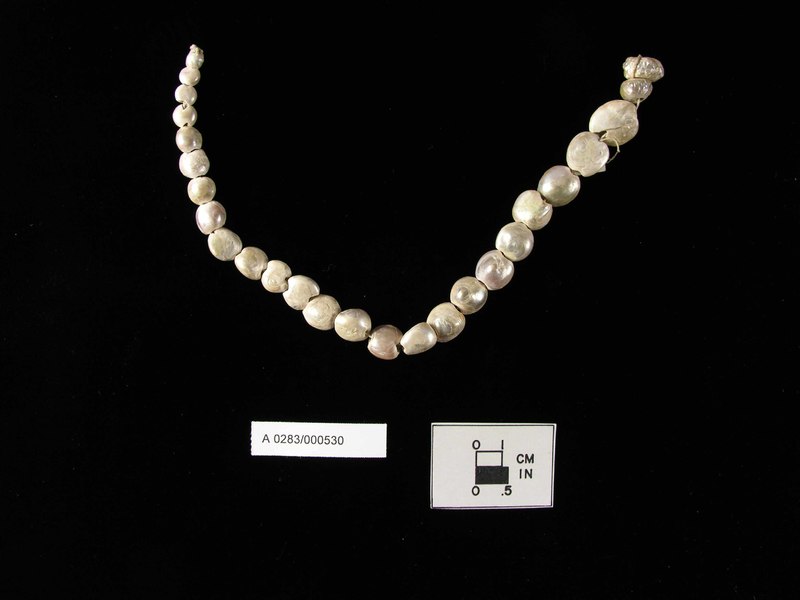 The native peoples could have collected pearls from freshwater mussels in Ohio rivers, although historic records suggest that the Mississippi and Illinois rivers produced larger amounts. The pearl trade appears to have been especially strong between Ohio and Illinois.

One group of Hopewell people in Hamilton County, Ohio, collected and then disposed of 48,000 pearls in an artifact deposit that was later covered by the Turner mound. Archaeologists excavating the Hopewell site in the 1880s found 100,000 pearls. Some were inset into bear canine-tooth buttons or applied to copper ornaments. Most had been drilled, perhaps with a hot copper wire, and strung as necklaces or sewn onto clothing.