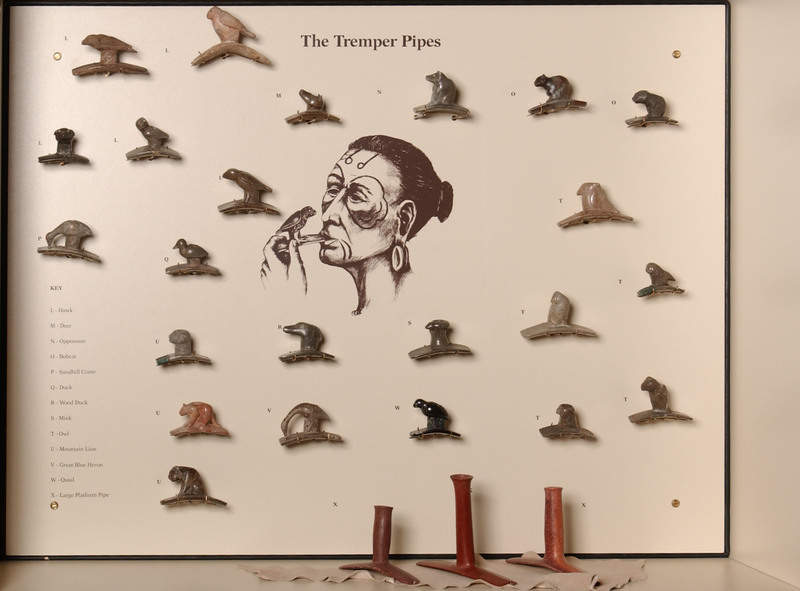 The only other known cache of Hopewell effigy pipes was found beneath mound 8 at Mound City near Chillicothe, Ohio, in 1846. Those pipes had also been broken and placed in a cache in the house floor. Animal species such as hawks, cranes, and wildcats are represented in both groups.

Perhaps the caches were the work of one or two master craftsmen at each site who were communicating with each other. The Mound City cache, along with other artifacts found at that site, is now in the British Museum, London, England.