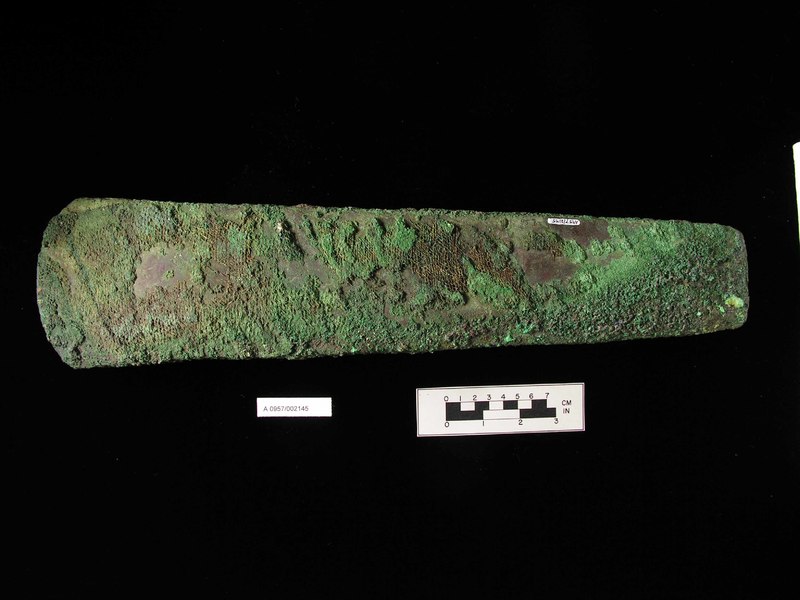 The Hopewell people deposited a variety of objects in a large depression on the house floor. Included in this deposit were objects made from obsidian, steatite, quartz, and marine shells, as well as locally made pottery and flint tools. Later, 3 burial platforms were built over the depression. The people also placed at least 12 copper breastplates, each wrapped in a woven mat, and a copper celt weighing 28 pounds on a nearby earth platform.