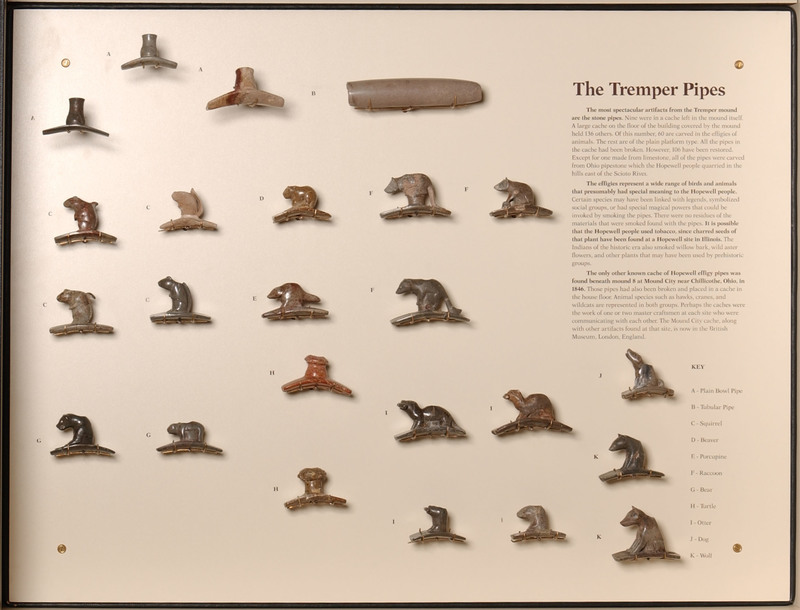 The most spectacular artifacts from the Tremper mound are the stone pipes. Nine were in a cache left in the mound itself. A large cache on the floor of the building covered by the mound held 136 others. Of this number, 60 are carved in the effigies of animals. The rest are of the plain platform type.

All the pipes in the cache had been broken. However, 106 have been restored. Except for one made from limestone, all of the pipes have been carved from pipestone. For a long time, archaeologists assumed that the pipestone came from quarries in the hills east of the Scioto River. Recent research using sophisticated analyses suggests that the pipestone, and perhaps the completed pipes, came from Illinois.