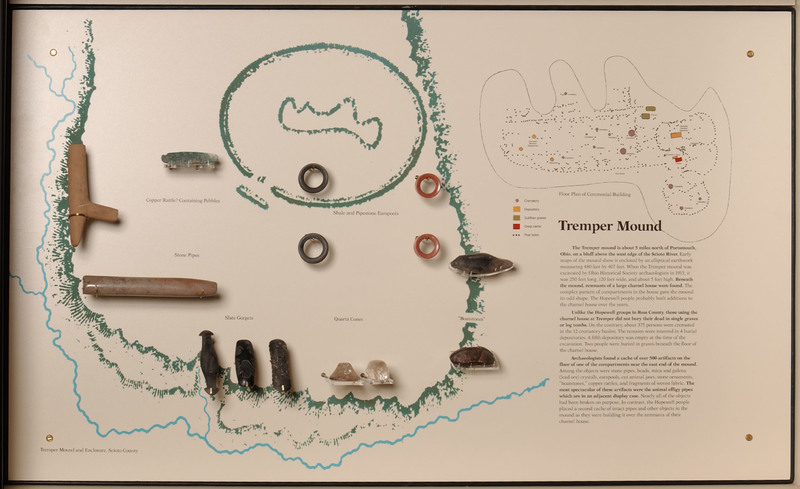 The Tremper mound is about 5 miles north of Portsmouth, Ohio, on a bluff above the west edge of the Scioto River. Early maps of the mound show it enclosed by an elliptical earthwork measuring 480 feet by 407 feet. When the Tremper mound was excavated by Ohio Historical Society archaeologists in 1915, it was 250 feet long, 120 feet wide, and about 5 feet high.

Beneath the mound, remnants of a large charnel house were found. The complex pattern of compartments in the house gave the mound its odd shape. The Hopewell culture probably built additions to the charnel house over the years.

Unlike the Hopewell groups in Ross County, those using the charnel house at Tremper did not bury their dead in single graves or log tombs. On the contrary, about 375 persons were cremated in the 12 crematory basins. The remains were interred in 4 burial depositories. A fifth depository was empty at the time of the excavation. Two people were buried in graves beneath the floor of the charnel house.