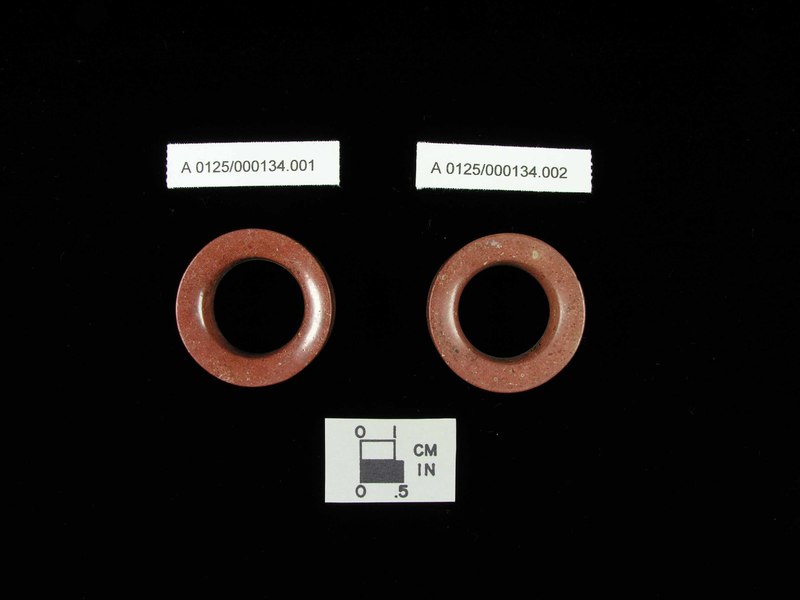 Archaeologists found a cache of over 500 artifacts on the floor of one of the compartments near the east end of the mound. Among the objects were stone pipes, beads, mica and galena (lead ore) crystals, earspools, cut animal jaws, stone ornaments, "boatstones," copper rattles, and fragments of woven fabric.

The most spectacular of these artifacts were the animal effigy pipes which are in the next slide. Nearly all of the objects had been broken on purpose. In contrast, the Hopewell people placed a second cache of intact pipes and other objects in the mound as they were building it over the remnants of their charnel house.