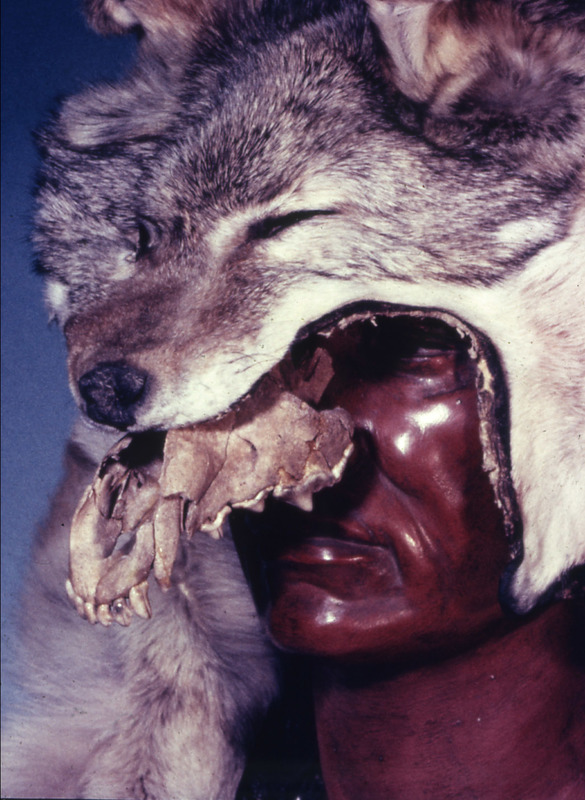 Some North American Indian tribes linked bears, wolves, and other animals with kin groups known as clans. Clan members believe they are blood relatives even though they may not have any known family ties. Each clan has a name, usually that of an animal or natural event (wind, for example) about which the members have special feelings. Often, members show their feelings or relate clan legends through dances and rituals that require masks and other ceremonial regalia.

Based on historic Indian accounts, it is possible that the worked wolf and bear skulls found at Late Archaic sites were masks worn by shamans or by persons acting out clan legends. Very likely, the masks were tied on the head with thongs strung through the drilled holes. A bear or wolf skin draped over the mask and the wearer's head and body completed the ceremonial regalia.