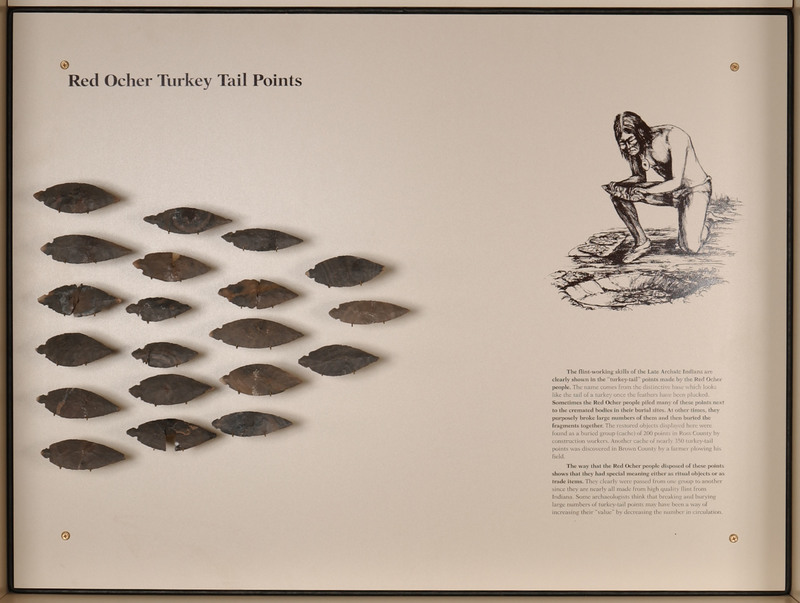 The flint-working skills of the Late Archaic cultures are clearly shown in the "turkey-tail" points made by the Red Ocher people. The name comes from the distinctive base which looks like the tail of a turkey once the feathers have been plucked. Sometimes the Red Ocher people piled many of these points next to the cremated bodies in their burial sites. At other times, they purposely broke large numbers of them and then buried the fragments together. The restored objects displayed here were found as a buried group (cache) of 200 points in Ross County by construction workers. Another cache of nearly 350 turkey-tail points was discovered in Brown County by a farmer plowing his field.