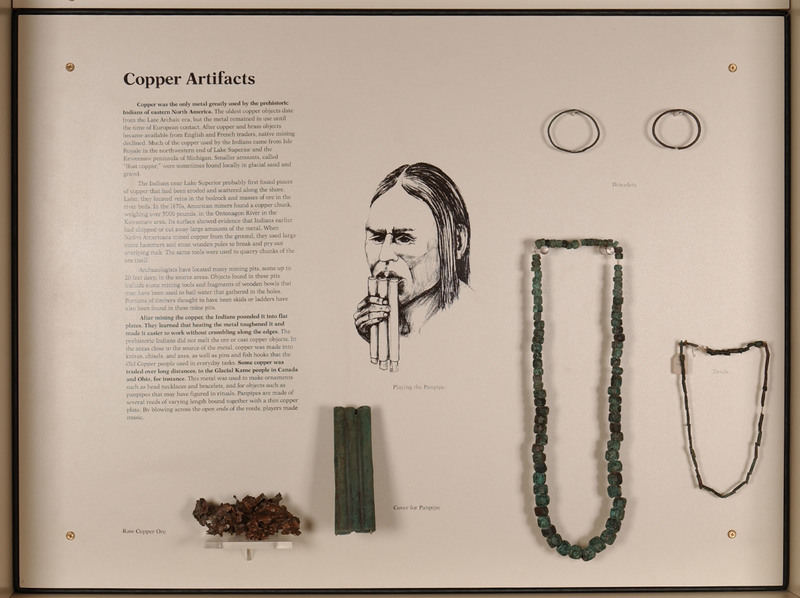 Copper was the only metal extensively used by the prehistoric peoples of eastern North America. The oldest copper objects date from the Late Archaic era, but the metal remained in use until the time of European contact. After copper and brass objects became available from English and French traders, native mining declined. Much of the copper used by the Indians came from Isle Royale in the northwestern end of Lake Superior and the Keweenaw peninsula of Michigan. Smaller amounts, called "float copper," were sometimes found locally in glacial sand and gravel.