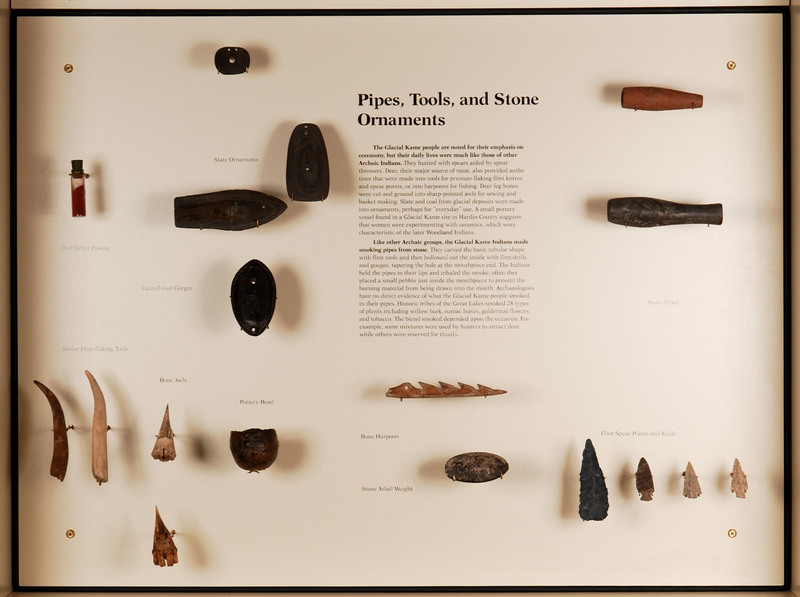 The Glacial Kame people are noted for their emphasis on ceremony, but their daily lives were much like those of other Archaic cultures. They hunted with spears aided by spear throwers. Deer, their major source of meat, also provided antler tines that were made into tools for pressure flaking flint knives and spear points, or into harpoons for fishing. Deer leg bones were cut and ground into sharp-pointed awls for sewing and basket making. Slate and coal from glacial deposits were made into ornaments, perhaps for "everyday" use. A small pottery vessel found in a Glacial Kame site in Hardin County suggests that women were experimenting with ceramics, which were characteristic of the later Woodland cultures.