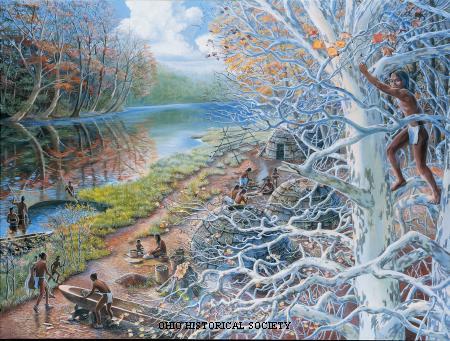 Some Late Archaic groups living near the Great Lakes seem to have shared religious beliefs and rituals even though they had somewhat different lifestyles. Their names come from their practices of making copper artifacts (Old Copper), sprinkling powdered iron ore on burials (Red Ocher), and placing burials in natural mounds of glacial soil (Glacial Kame).

Almost all that is known of these groups comes from their burial sites. Sadly, few of these sites have been studied by archaeologists; most have been disturbed or destroyed by erosion or quarrying. Thus, much valuable information has been lost forever.