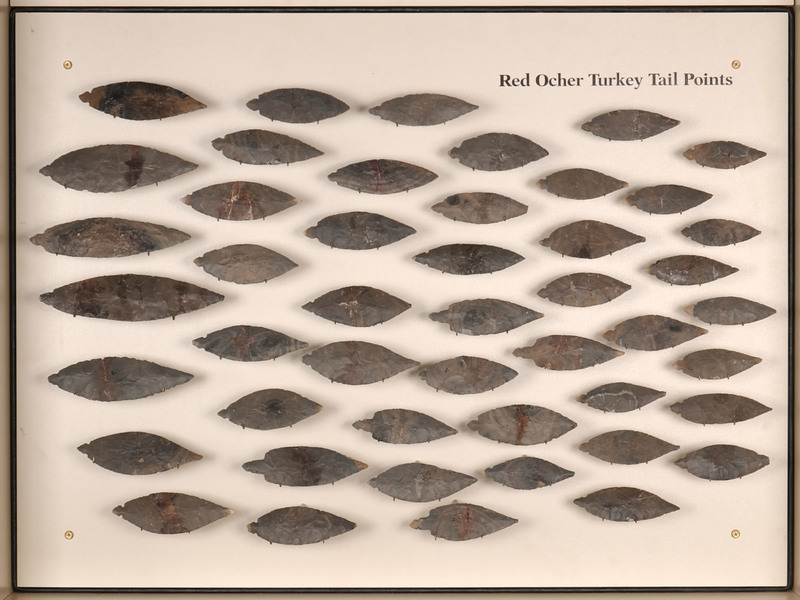 The way that the Red Ocher people disposed of these points shows that they had special meaning either as ritual objects or as trade items. They clearly were passed from one group to another since they are nearly all made from high quality flint from Indiana. Some archaeologists think that breaking and burying large numbers of turkey-tail points may have been a way of increasing their "value" by decreasing the number in circulation.