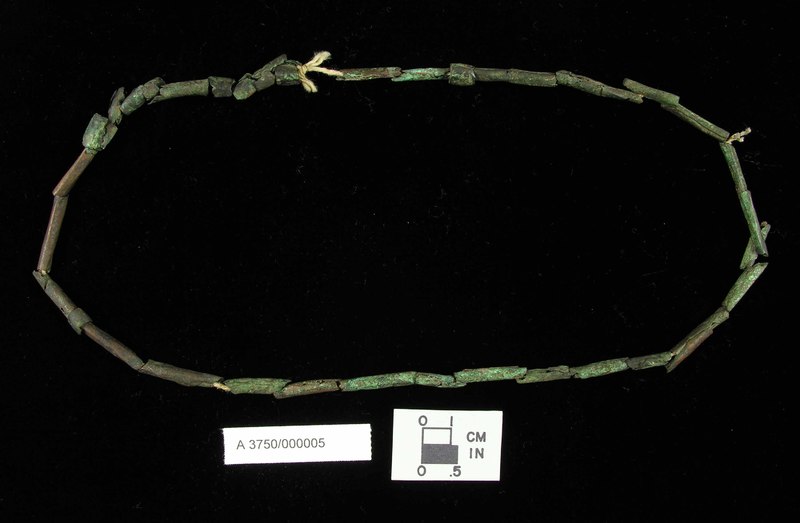 Archaeologists have located many mining pits, some up to 20 feet deep, in the source areas. Objects found in these pits include stone mining tools and fragments of wooden bowls that may have been used to bail water that gathered in the holes. Portions of timbers thought to have been skids or ladders have also been found in these mine pits. After mining the copper, the Indians pounded it into flat plates. They learned that heating the metal toughened it and made it easier to work without crumbling along the edges. Prehistoric people did not melt the ore or cast copper objects.

In the areas close to the source of the metal, copper was made into knives, chisels, and axes, as well as pins and fish hooks that the Old Copper people used in everyday tasks. Some copper was traded over long distances, to the Glacial Kame people in Canada and Ohio, for instance. This metal was used to make ornaments such as beads for necklaces and bracelets, and for objects such as panpipes that may have figured in rituals. Panpipes are made of several reeds of varying length bound together with a thin copper plate. By blowing across the open ends of the reeds, players made music.