Indians Of The 19th Century 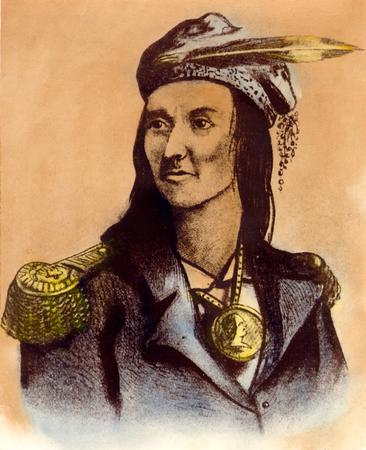 Indians Of The 19th Century

After the Treaty of Greenville, some Indian groups settled on reservations in northwestern Ohio. However, during the next 30 to 40 years, the tribes gradually gave up their lands to the federal government and were moved west to reservations, generally in Kansas and Oklahoma. The Wyandot were the last to leave, in 1843. Some of the descendants of the Ohio Indians continue to live on western reservations.

This portrait Shawnee military and political leader Tecumseh was painted between the 1800 and 1813. It clearly show the mixing of Native American and European dress and ornaments.