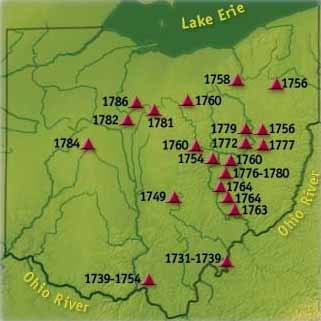 The "Delaware" were several bands of Indians from the Delaware River valley of Pennsylvania and New Jersey. They had a similar language and culture, but were never united as one political unit. During the 1600s, Europeans pushed the Delaware westward. They eventually settled around the Muskingum River valley in eastern Ohio, with important towns at Coshocton and Newcomerstown. Moravian missionaries converted groups of Delaware at settlements such as Schoenbrunn in Tuscarawas County.