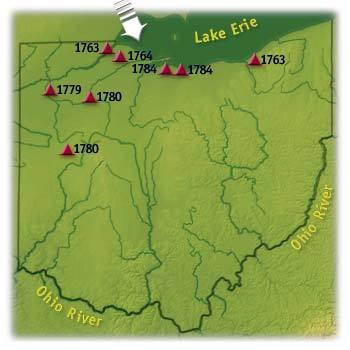 The Ottawa Indians resided on Manitoulin Island in Lake Huron, according to the earliest historic records. They became particularly important as middlemen in the fur trade between other Indians and the French. Later, they spread into southern Michigan and Ontario and northern Ohio. They established Ottawa Town on the east bank of the Cuyahoga River in 1760.

Representatives of other tribes also settled in Ohio. Among them were the Mingo, who were actually Seneca living west of their New York homeland, and Potawatomi, Chippewa, Mohawk, Seneca, and even Cherokee.