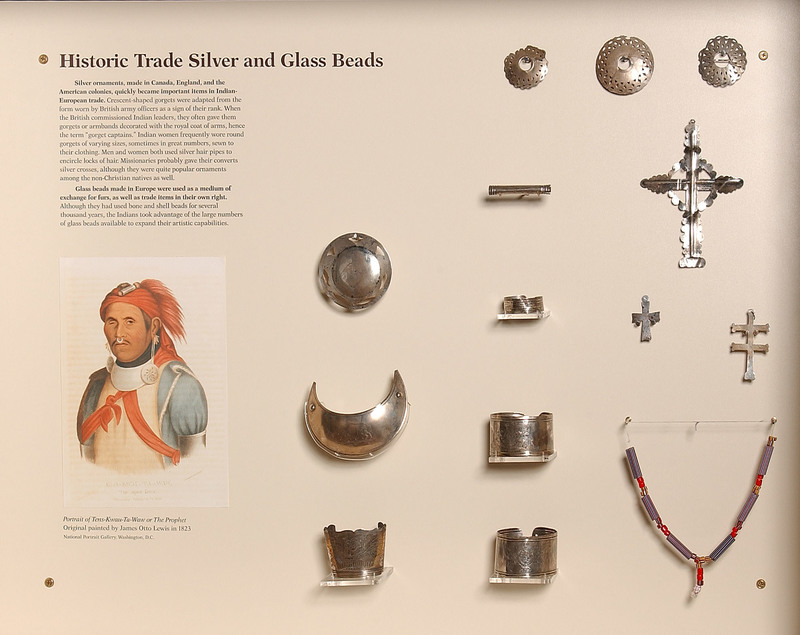 Silver ornaments, made in Canada, England, and the American colonies, quickly became important items in Indian-European trade. Crescent-shaped gorgets were adapted from the form worn by British army officers as a sign of their rank. When the British commissioned Indian leaders, they often gave them gorgets or armbands decorated with the royal coat of arms, hence the term "gorget captains."

Indian women frequently wore round gorgets of varying sizes, sometimes in great numbers, sewn to their clothing. Men and women both used silver hair pipes to encircle locks of hair. Missionaries probably gave their converts silver crosses, although they were quite popular ornaments among the non-Christian natives as well.