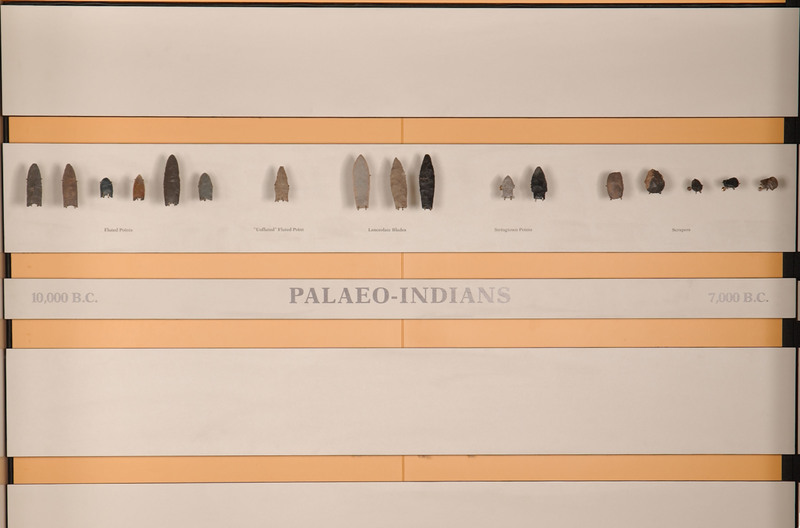 In the Eastern United States, Indian cultures existing before the coming of the Europeans and their written language have been organized into four basic groupings: Paleoindian, Archaic, Woodland, and Late Prehistoric. These groups are defined by basic patterns of settlements, economy, and artifacts spread over a fairly large region. While the groups generally followed each other in time, they also overlapped somewhat. In the following exhibits, the four prehistoric groups and the historic Indians of Ohio are identified by distinctive colors.