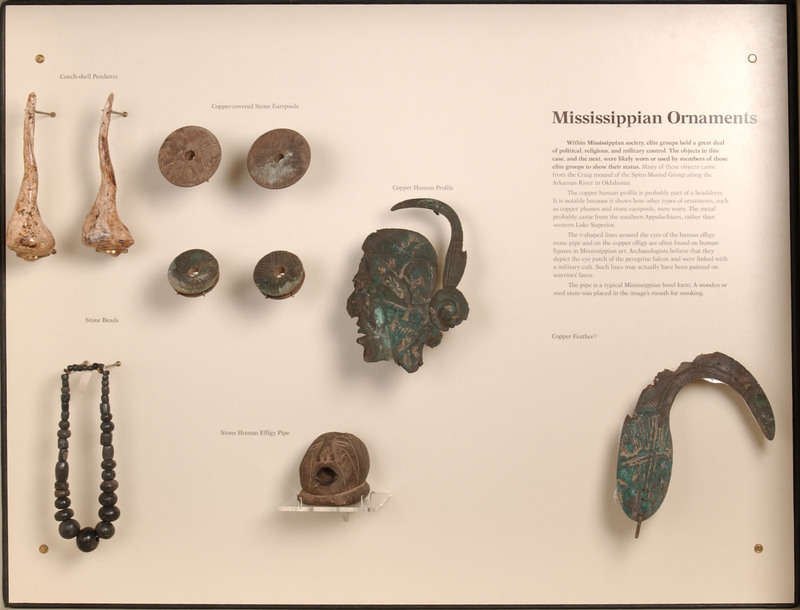 Within Mississippian society, elite groups held a great deal of political, religious, and military control. The objects in this case, and the next, were likely worn or used by members of those elite groups to show their status. Many of these objects came from the Craig mound of the Spiro Mound Group along the Arkansas River in Oklahoma.

The copper human profile is probably part of a headdress. It is notable because it shows how other types of ornaments, such as copper plumes and stone earspools, were worn. The metal probably came from the southern Appalachians, rather than western Lake Superior.