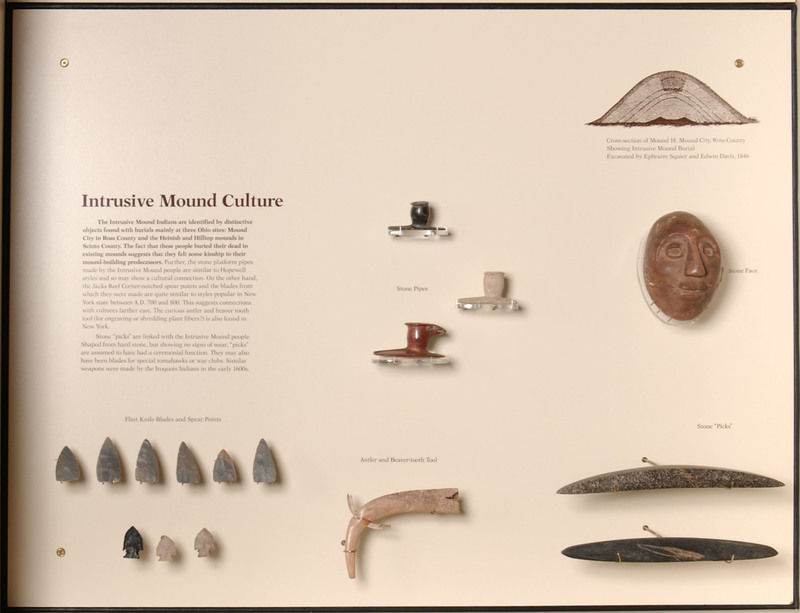 The Intrusive Mound culture is identified by distinctive objects found with burials mainly at three Ohio sites: Mound City in Ross County and the Heinish and Hilltop mounds in Scioto County. The fact that these people buried their dead in existing mounds suggests that they felt some kinship to their mound-building predecessors. Further, the stone platform pipes made by the Intrusive Mound people are similar to Hopewell styles and so may show a cultural connection.

On the other hand, the Jacks Reef Corner-notched spear points and the blades from which they were made are quite similar to styles popular in New York state between A.D. 700 and 800. This suggests connections with cultures farther east. The curious antler and beaver tooth tool, possibly used for engraving or shredding plant fibers, is also found in New York.