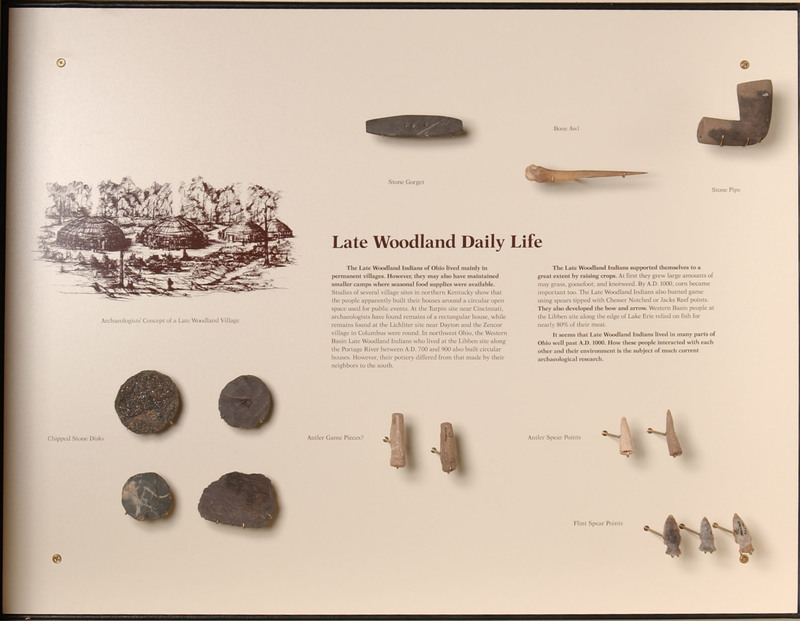 The Late Woodland cultures of Ohio lived mainly in permanent villages. However, they may also have maintained smaller camps where seasonal food supplies were available. Studies of several village sites in northern Kentucky show that the people apparently built their houses around circular open spaces used for public events.

At the Turpin site near Cincinnati, archaeologists have found remains of a rectangular house, while remains found at the Lichliter site near Dayton and the Zencor village in Columbus were round. In northwest Ohio, the Western Basin Late Woodland group that lived at the Libben site along the Portage River between A.D.700 and 900 also built circular houses. However, their pottery differed from that made by their neighbors to the south.