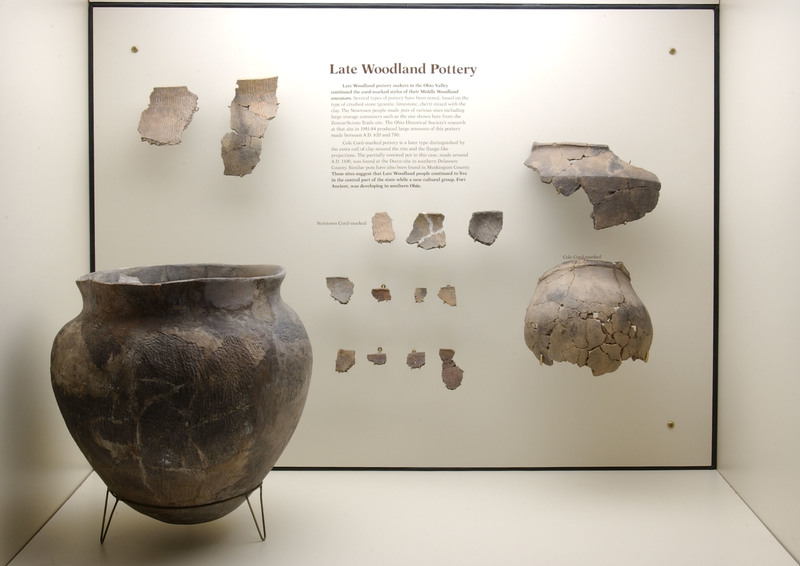 Late Woodland pottery makers in the Ohio Valley continued the cord-marked styles of their Middle Woodland ancestors. Several types of pottery have been noted, based an the type of crushed stone (granite, limestone, chert) mixed with the clay. The Newtown people made pots of various sizes including large storage containers such as the one shown here from the Zencor/Scioto Trails site. The Ohio Historical Society's research at that site in 1981-84 produced large amounts of this pottery made between A.D. 620 and 780.