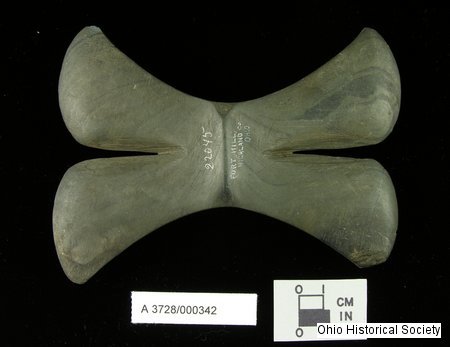 Atlatl parts have been found with some Archaic burials in Kentucky. The way the parts were arranged shows that complete atlatls had been buried, but the wooden parts had since decayed. Some stones, carefully shaped and drilled through the middle, have been identified as weights which, when attached to the atlatl, could have made it more effective. Yet some of these objects, often called bannerstones, seem to be too large and fragile to have been used for hunting. Clearly, many of them were made by skilled craftsmen who, in addition to their technical abilities, had an eye for beauty when choosing materials.