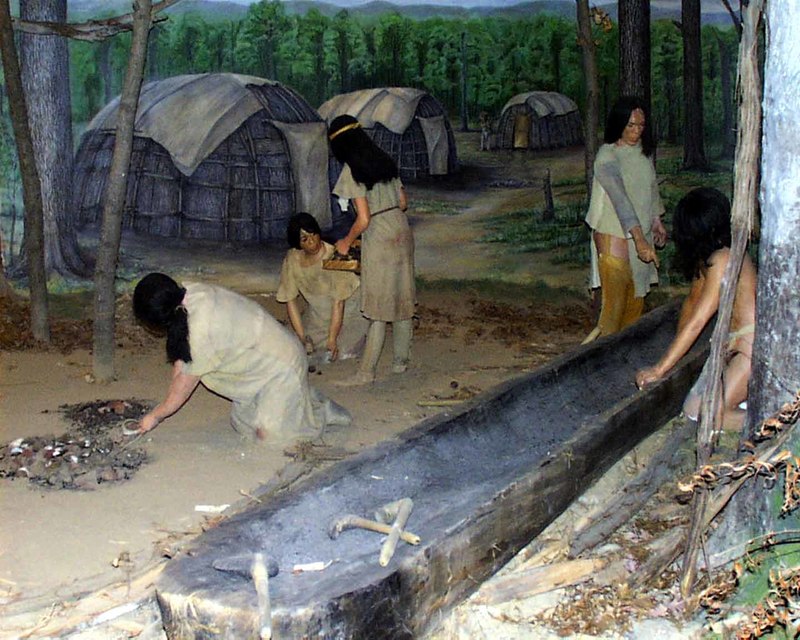 Among the camp sites used by any Archaic group, the largest was probably in an area where there was much food. It was at this base camp that most, if not all, group members gathered for the longest time. Here Archaic people built fairly sturdy shelters to be lived in year after year, plus temporary lean-tos and perhaps tents. It is clear that base camps were important centers where people shared news and traded for raw materials or finished goods. Special events such as marriages, naming ceremonies for children, and funerals may also have occurred at these sites.

There have been several studies of base camps found along the Ohio River in Clermont County, Ohio. One camp, Maple Creek:, covers 5.6 acres, although Indians probably did not live on all of the site at any one time. Radiocarbon dates of 1310 B.C. and 2115 B.C. show that Maple Creek was occupied in Late Archaic times.